What Things Non-technical Founders Need to Know About React Native? 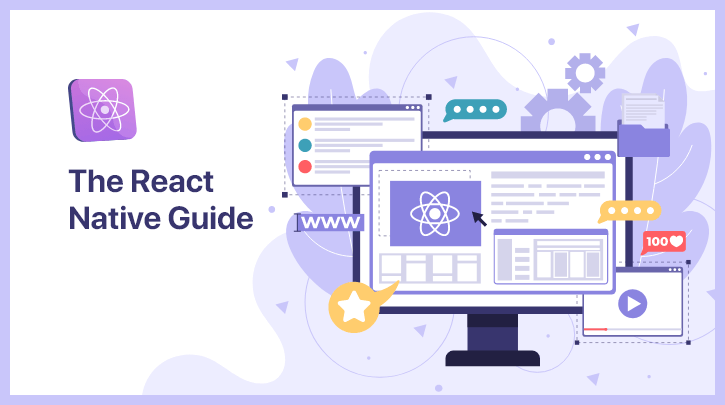 In the last 10 years, the mobile application market has grown more rapidly than it has in the last 50 years. With the increasing demand for mobile applications, development frameworks were also becoming popular. React Native has become the most preferred mobile app development framework in recent times. According to a survey, 42% of developers use React Native, making it the most popular framework used by global developers. Many business owners, especially the non-technical founders, struggle with the right framework for their applications. Though most of them end up choosing React Native. This blog is going to help people in gaining better insights about React Native and understanding why it’s the best choice for mobile app development.

What is React Native?

Now that we know what React Native is, let us discuss the features that set it apart from other frameworks.

1. Write Once Use Anywhere

React Native allows developers to write a code once and use it on any other platform, be it Android, iOS, or Windows. This is the most likeable feature of React Native because even though different operating systems like Android and iOS are built using different languages, developers don’t need to write separate codes.

The User Interface (UI) is an important part of any app. Developers always put a lot of effort into building the perfect User Interface. React Native gives a lot of attention to an app’s UI. It is UI-focused and makes the app load easily and provides a smoother feel.

Many developers find the installation process tedious and boring. React Native has solved this problem with help of Node Package Managed. The use of NPM makes the installation of an app faster.

A native nodule is a set of JavaScript functions which are executed natively in each platform. React Native framework uses the native modules feature to create a cross-platform application. Developers can create an app and using this feature, run it on both iOS and Android.

Many people, especially those of non-technical background, get confused between React Native and React JS. Though they both were developed by Facebook and use JavaScript for development, they are not the same.

React JS is a JavaScript library used to create user interfaces for web applications. It supports both the front-end and server-side. Whereas React Native is an open-source framework used to create mobile applications across various platforms. It uses React JS for building apps.

While there are many similarities between React Native and React JS, there are also some notable differences. Let’s take a look at some of them-

a. React JS – It can be executed on all platforms.
b. React Native – It is platform-specific. Developers need to make a bit more effort to make it platform-independent.

a. React JS – It is more secure and provides a high level of security to users.
b. React Native – The security standards are low in React Native.

React Native is so popular because of the benefits or advantages it has over other frameworks. Here are some reasons why companies prefer React Native.

Every company wants its app to be available on all platforms. But developing an app for iOS, Android and Windows is an exhausting task. You need to hire Java developers for Android apps and Swift developers for iOS. At the same time, businesses don’t want to cost performance or functionality by building non-native apps. This is where React Native comes in. It allows companies to use the same code to create native applications for different platforms.

Many companies worry about sacrificing performance while developing an app for multiple platforms. React Native curtails React native uses native modules to write codes. This allows the developers to create native apps which improves the performance of the apps.

Many companies use React Native to build their applications. Mentioned below are some well-known companies that have profited from using React Native.

Bloomberg is a well-known finance company providing tools for equity trading and analytics. Its website and app deliver news to inform the public about market and business trends. Bloomberg used React native to implement automated code refreshes in its application. This feature notifies users about all the latest business trends.

Facebook developed React Native, so they obviously would build their app using it. Facebook Ads Manager, built entirely on React Native, is a convenient space for individuals and businesses alike to manage advertisements for their products. Even though it’s cross-platform, it handles UI differences and transitions flawlessly

Uber eats is a famous delivery service that delivers food to a person’s doorstep. Like many other companies, Uber Eats has built its app using React Native. The developers used React Native to create an elegant UI for the app along with a smooth user experience.

Instagram is a social networking site, owned by Facebook. In 2016, Instagram decided to integrate React Native into its apps. The change allowed the networking site to maintain both iOS and Android apps with ease and develop new features faster.

Microsoft’s Skype is a VoIP software, mostly used for video chatting. It also allows users to send and receive voice calls and instant messages. After using React Native for several years, Microsoft decided to change its mobile app development framework to Electron. This change disappointed many users as it took away a lot of useful features.

Choosing the right technology for your business can be a scary task, especially if you are a non-technical founder. The decision becomes even harder if you want to build a mobile application. React Native app development services have been used to build applications by many startups. React Native is advantageous from both a business and development point of view. It has also helped a lot of startups in scaling their businesses.

Businesses want a robust and cost-efficient framework to build their applications. A good application helps businesses in acquiring a large customer base. React Native can easily do that for you because this is the best framework for creating cross-platform applications.

If a business wants to grow big and successful, then it needs to reach every platform it can. The best way to do that is by creating an app that will work in Android, iOS, and Windows. React Native app developers do just that by building cross-platform applications. Its reusable code allows users to build apps while keeping the native components of the platforms.

Building apps with React Native helps in reducing costs as businesses don’t need to hire different developers for different platforms. A single development team or developer can complete the task at a lesser price because most of the code is reusable. It requires much less effort for developers to build apps.

React Native uses the native components of any platform to create apps. This improves the quality and performance of the apps. An elegant UI and smooth UX make the application user-friendly. This helps in growing the customer base of businesses.

All of the above-mentioned factors help a business to grow. They show why React Native is the best option for application development and how it helps in scaling the business.

Type of Apps We Can Build with React Native

React Native is the best mobile app development framework. It can create applications for both iOS and Android. React Native makes creating applications much easier and faster. It creates beautiful user interfaces, which attract customers. Bunch, Bitesnap, and discord are some apps that work on both Android and iOS.

React Native is known for creating cross-platform applications. It is preferred by many businesses because it can create an app for both mobile and desktop applications. React Native can support applications for macOS and Windows while keeping their native components intact. Discord app works on Android, iOS, and macOS

In recent years, React Native has been the most used framework for mobile app development. Many market leaders have built their apps using React Native. But is it going to last? With the collapse of many other JavaScript frameworks, it is important to know the future prospect of React Native.

Reading Recommandation- How to Develop an MVP Mobile App?