Which Is The Best Mobile Technology For Business App Development? 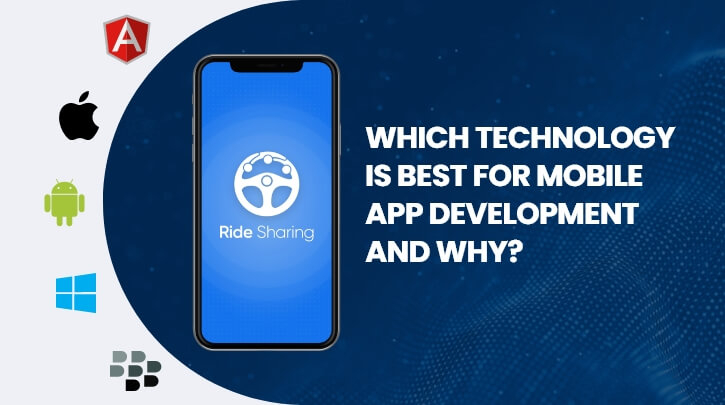 Mobile phones have become the modern wallet that keeps our everyday essentials in one convenient place. Some apps have become mandatory for getting smartphone users connected with the world whereas other apps provide alternative ways to access entertainment, luxury shopping, office work management, and more. The impact of the global pandemic has added to the increasing importance of Mobile App Development Technology for this decade. The advent of modern technology has also contributed to the emergence of new mobile app features. Smartphones are now upgrading their manufacturing technology to be compatible with features that rely on 5G, Artificial Reality, Visual Reality tech, and others. Similarly, new technologies are being used to create apps that can support all these features.

The mobile phone is our quickest go-to for anything. As a result of the pandemic, smartphones and apps are key in maintaining a virtual connection for students, employees, doctors, and many others. Below are recent statistics regarding mobile app usage.

These statistics are predicted to keep on growing. There are always new features that are introduced along with new mobile app development technology, but these features may not be easily supported by the current generation of smartphones. Compatibility issues arise whenever a new software technology has to work with older hardware. This is why it is important to understand the history of that technology and how it has functioned before deciding to build a business app. With this in mind, we’ve created a list of some of the best mobile app development technologies that have performed exceedingly well and are flexible enough to incorporate new features through APIs. Let’s go through the top 5 of them.

React Native is a developer-friendly mobile app development framework created by Facebook. It is an open-source framework that provides various traditional and modern methods for hybrid app development using only JavaScript.

With its amazing features, React Native app development services are earning the attention of all kinds of businesses and established brands for the development of effective cross-platform mobile applications. Popular apps like Facebook, Instagram, Walmart, Uber Eats, Airbnb, Skype, and many more were created using React Native.

Creating code once and using it for both platforms is one of the main reasons behind React Native’s global success. It is also interesting to note that React Native was created as a response to a big technological error.

With React Native, you can use a single code base for deployment both on the iOS and Android platforms. React Native frameworks help to minimize development costs and save time by reducing the development cycle.

React Native offers various predefined components and libraries that accelerate the development process. It increases the efficiency of native app development and makes it possible to deliver the apps in the fastest way.

The popularity of React Native app development is constantly growing and is strongly supported by a vast community of developers. For this reason, any issue regarding React Native development can be fixed quickly by community experts. React Native focuses extensively on mobile UI building as compared to other frameworks, so the UI designed with React Native is smooth and responsive.

Since one of the mobile app development trends in 2020 is the inclusion of chat bots for customer service, React Native offers a highly configurable chat bot library. This service provides a feature-rich solution to improve user experience.

Xamarin is one of the popular cross-platform mobile app development frameworks. It is the first framework that allowed developers to make both Android and iOS apps and is now part of Microsoft Visual Studio.

Xamarin is an open-source platform that uses C# as the primary language for writing codes. It provides various interactive tools to build feature-rich apps. In addition to this, Microsoft offers Xamarin as a free SDK within Microsoft Visual Studio Code Editor.

Instead of hiring three separate teams to create an app compatible with all the platforms, companies prefer to choose Xamarin app development services to cut development costs. Xamarin is one of the most widely used frameworks by developers and is a universal tool to build a single logic application using C# and .Net.

Xamarin offers two different approaches to mobile app development technology. The first is Forms Technology, which is preferred when code sharing is more important than custom UI. It provides a single UI for all the platforms and leads to a faster development process.

Xamarine Native is the second approach for mobile app development and has a separate UI for each platform. It offers ideal app performance and is suited for interactive apps with a large quantity of data. It is also effective for frequent updates.

Apart from these development approaches, Xamarin has a full-featured IDE and simplifies the maintenance process by code sharing. It also provides tools to test and monitor app performance. Xamarin Test Cloud and Xamarin Test Recorder are effective tools to run an automated test on multiple devices.

Ionic focuses extensively on the look and UI interaction of the app. It is well-known for providing platform-specific UI elements through the native components library. Apps developed using Ionic are equipped with highly customizable themes and components. Ionic is also an npm module and uses Angular Js for mobile app development to enhance app performance. The development and testing of mobile applications have become easier with AngularJS.

Ionic covers over 3.2% of the mobile app development market and offers numerous advantages for developers. Features include typography, API components, customizable themes, and interactive paradigms. Ionic CLI has a built-in development server and is integrated with Cordova and PhoneGap to compile code to mobile apps.

By using the Ionic app development framework, you can reduce development cost and codebase maintenance. Ionic includes browser instruments and debugging tools, however, it is easier to work with Ionic if you are familiar with HTML, CSS, and JavaScript. This development framework also provides various pre-generated apps set up to create simple app layouts.

If you are not satisfied with your Ionic application, you can integrate it with various tools. Since the Ionic app only works via web view, it can be tested using the device’s browser. Ionic also offers support from a strong developer community to help solve any bugs and other issues.

Developers are crazy about Ionic because it enables them to build highly operational applications using a single code base for various platforms. Some apps built using Ionic that showcases its full potential are MarketWatch, Pacifica, Sworkit, JustWatch, McDonald’s, Turkiye, ChefSteps, Untappd, Diesel, and others.

Swift has brought radical changes to mobile app development technology. It is a user-friendly and powerful programming language for macOS, iOS, WatchOS, OS X, tvOS. Swift is an advanced version of C and Objective and in the last few years, traditional Objective-C has been completely replaced by Swift. Developers love the new iOS programming language as its syntax is expressive and clearly defines their intent.

Swift app development services are sought after by users because of its impressive performance ability. Swift removes the classes of unsafe code to offer much safer programming. This framework was designed to be fast and uses extremely high-performance LLVM compiler technology.

Swift follows safe and easy programming patterns and provides numerous modern features. It doesn’t require the import of separate libraries to support different functionalities. Developers find the Swift programming language enjoyable to work with due to its amazing features.

Like other mobile app development frameworks, Swift is also an open-source programming language. It helps you minimize the time spent on app development by using various packages available to organize the app more quickly.

Swift app development is much less prone to errors as it offers functional programs and supports multiple functions in the form of variables. Swift enables iOS developers to build all types of mobile apps, ranging from enterprise to Watch apps.

By using dynamic Swift libraries, you can also reduce the app size and increase app performance. It is a high-usability programming language and helps developers to create innovative mobile applications. It also contains the effective features of all existing programming languages.

Kotlin is a statistically typed general-purpose programming language developed by Jetbrains. It was initially designed for JVM and Android to combine object-oriented and functional programming features. Kotlin is the advanced version of Java and still interoperable with Java codes.

Kotlin code can be modified to make it compatible with iOS. It also provides platform-specific codes and smooth compatibility. Kotlin offers native UI development with respect to behavior, appearance, and performance and even has various IDE and tooling support. This is the reason why Kotlin app development services are in high demand by users.

Kotlin and Java both generate the same byte code, which means that you can start using Kotlin in your existing Java project. Kotlin codes are more readable, crisp, concise, and offer greater security than Java.

During the Mobile App development process, fixing the null pointer exception is most time-consuming. But there’s no need to worry about it while using Kotlin since Kotlin’s type system offers null safety and catches null pointer action at compile time, which saves apps from crashing during runtime.

Some of the apps developed in Kotlin by top companies and have millions of downloads from Google Play include Pinterest, Coursera, Evernote, Twidere for Twitter, Uber, Shadowsocks, Gradle, and more.

The digital world has advanced at the pace with which humans adopt and adapt to new technology. As a result of the pandemic, however, this pace has greatly increased. There has been a surreal growth in the use of mobile apps and the introduction of new mobile apps has subsequently skyrocketed.

It is easy for someone who is not a technology geek to become confused about the technology used in making mobile apps for businesses. Fortunately, our team at ConsultingWhiz can handle it for you. Contact the Mobile App Consulting Experts at ConsultingWhiz to get a clearer roadmap of your expectations and how you should proceed with development. ConsultingWhiz is a leading Mobile app development company that delivers world-class mobile apps. Our products have seen immense success as a result of innovative UI/UX and the right set of development tools. Leverage the experience and expertise of the ConsultingWhiz team and partner with us for your business app development. You can reach us at sales@consultingwhiz.com or give us a call at +1-949-656-9676 to start building your business app! 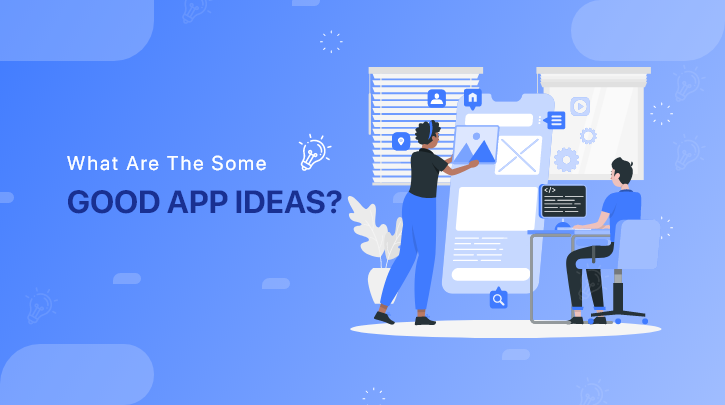 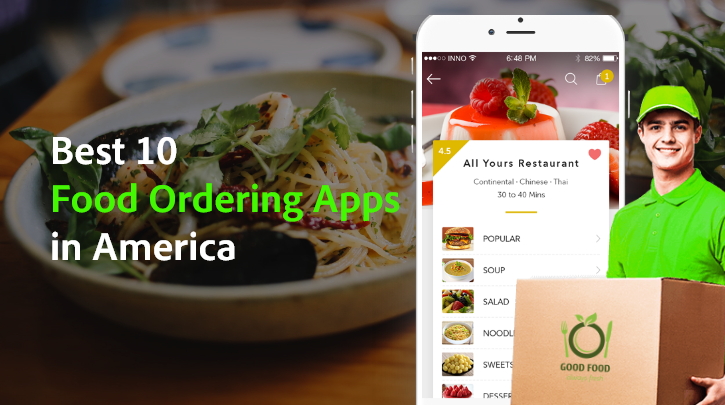 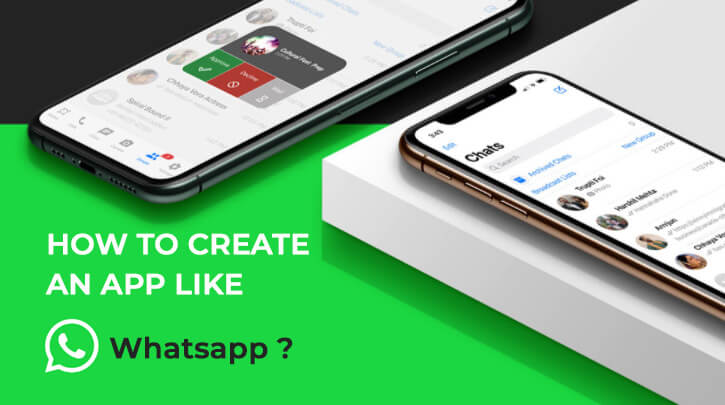 How to Create an Instant...